Oulanyah Blames Poverty in Acholi On Disunity Among Leaders 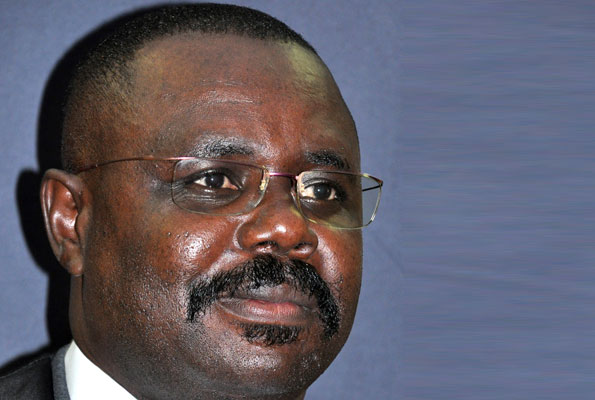 The  Deputy Speaker of  parliament and Omoro county Member of Parliament Jacob Oulanyah has blamed the biting poverty in Acholi on disunity among the political leaders in the region.

Oulanyah said the rivalry among Acholi leaders  can be witnessed from the local council up to the parliamentary level.

“When someone wants to move ahead in this region, they are pulled down, when you want unity, they are against it, we shall be in poverty for long. We are not doing good at all…”Oulanyah said.

Mr Oulanyah compared the long time it is taking Acholi to develop to the Exodus of the Israelite from Egypt to Israel which took 40 years.

“For 40 years moving ahead has defeated the Acholi people,  40 years is a significant period of time for this region to have developed but because of the disunity, we are still not there. We are worst than the Israelite,” Mr Oulanyah said.

Mr Oulanyah was on Saturday addressing hundreds of people who turned up for the fourth annual memorial anniversary of Ms Ireene Gleeson, the founder of Irene Gleeson Foundation [IGF], a charity in in Kitgum district.

Oulanyah who was originally a member of the Opposition Uganda Peoples Congress which has since ”struck a deal” with the ruling NRM government was once a fierce critic of President Museveni’s NRM. But since joining the NRM himself,  Oulanyah has been a lyrical supporter of Museveni at one point likening the president to Jesus.

At the Saturday event in Kitgum, the Deputy Speaker pointed out that for the Acholi region to move out of poverty, the leaders must unite, dialogue and seek guidance.

“Let us rise up as leaders in the region and bury this disunity tearing us apart. Without the rivalry we can achieve much in terms of development, education, poverty reduction among others.’’

In an interview on Monday, Agago South Member of Parliament Prof Ogenga Latigo who was not at the Kitgum event  concurred with Mr Oulanyah saying that leaders in Acholi are not united on many matters.

“Most of our leaders spend their time doing things their own ways instead of having a collective idea that can support development. Too many times the leaders are busy involved in inciting people on land matters which has left the region in conflict,” Prof Latigo told Acholi Times.

When asked whether  the poverty in Acholi is due to  the two decades war the region suffered, Prof Latigo said: “It’s true our people were affected by the war, but its over now, we need to understand the reality and not keep basing our problems on the same matter. We need to move ahead if we are to develop,”

The Prime Minister of the Acholi cultural Institution Ambrose Ola who also wasn’t  in Kitgum when Oulanyah made the statements said poverty in Acholi is  ”multi-dimensional” noting, however, that the biggest challenge in the region is the high level of dependency syndrome.

“Our work culture has eroded over the years because of the extensive dependency syndrome, the education system in the region is no longer producing quality people. The quality of the work force is completely compromised,” Mr Ola said.

According to a 2016 Poverty Assessment report, Uganda has reduced monetary poverty at a very rapid rate but the Progress in reducing poverty has been much slower in Northern and Eastern Uganda. According to  the World Bank report concentration of poverty is higher in northern Uganda.

Rampant corruption, a regular occurance in the NRM government has also been blamed for the poverty in Uganda. The World Bank estimates that as much as 600 billion shilling is stolen yearly by government officials, money that could have been used to  put in place much needed services like medicine in  health facilities and safe drinking water, among others.