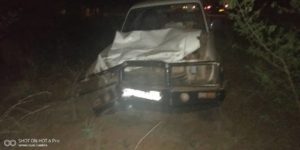 involved in a road accident along Gulu-Kampala Highway. The incident occurred at around 1:00 am at Kafu in Kiryandongo district.

Akol was from Kampala heading to Gulu in his private Prado vehicle registration number UAY 847Y.
The vehicle was being driven by the legislator`s private driver, Felix Ongora.

The driver escaped unhurt, Lakaraber said. Akol was briefly  admitted at Kiryandongo hospital before being transferred to International Hospital Kampala-IHK for further management.

Acholi Parliamentary Group General Secretary, Gilbert Olanya confirmed the accident in a phone interview. Olanya said Akol was in a stable condition. By press time the vehicle was still at the scene.