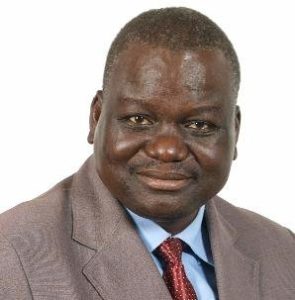 Lawyer Dalton Opwonya is representing the complainant against Kitgum district

A former Town Clerk of Kitgum Town Council in Kitgum district has dragged the district before the Gulu high court over what he describes as unfair demotion.

Albert Ocen through his lawyers Dalton Opwonya & Co Advocates argues that his demotion in 2007 was erroneous.

According to documents presented before the Gulu resident High Court judge, Justice Stephen Mubiru, Ocen who was by then the Town Clerk of Kitgum Town Council was demoted to a Sub County Chief.

From Town Clerk of Kitgum Council, Ocen was reportedly appointed as a Senior Assistant Secretary or Sub County Chief by the then Chief Administrative Officer of Kitgum district, Geoffrey Okaka. The alleged demotion took place on January 20, 2011.

In his testimony, Okaka told court that Ocen was demoted on the recommendation of the Kitgum District Service Commission as he did not have the requisite qualification to hold the position.

Okaka explained that for one to qualify to hold the position of a Town Clerk, one should have a bachelor’s degree in addition to a postgraduate diploma in either public administration and management or human resource management or any other relevant academic field.

Ocen, however, had only a bachelor’s degree which he obtained from Makerere University in 1984, according to Okaka.

Ocen is demanding for over 126 Million Shillings for allegedly being demoted unfairly and being sacked and yet he had only seven years to clock the retirement age of 60.

The case has been adjourned to October 2, 2019 for further hearing.