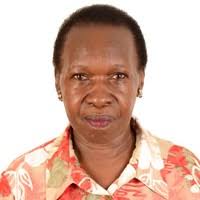 Jane Adong Anywar, one of the lawyers representing victims of atrocities allegedly committed by former Lord’s Resistance Army (LRA) Commander Dominic Ongwen has been found dead in a Gulu lodge.

Mrs. Adong was representing victims at the International Criminal Court (ICC) in The Hague, Netherlands.

Police has described her death as sudden.

She reported died at around 9pm, few hours after checking in at a lodge on Olya road in the heart of Gulu town.

Her body was discovered in her room on Monday.

According to the postmortem report, the 64-year-old war crimes legal expert suffered from heart failure. Her death is suspected to be linked to hypertension and diabetes.

Jimmy Patrick Okema, the Aswa River Region Police Spokesperson said police was informed by one Justine Okello before they picked the body and took it to St Mary’s Hospital Lacor where autopsy was done.

He said her body was handed over to her relatives for burial.

Ms Adong devoted her energy to helping especially women to access justice. She is also one of the founders of Legal Monitor Women’s Initiatives for Gender Justice, a group committed to fighting for justice for women.

In 2013, Adong said some of the crimes committed by LRA rebels who were granted amnesty certificates were beyond ordinary crimes and that they should have been denied such pardon.

She also argued that women who were in LRA captivity have been forgotten despite being victims while the perpetuators have received pardon from the crimes they committed. She called for amendment in the current amnesty law.

In February 2016, she was appointed Commissioner of the Uganda Law Reform Commission.