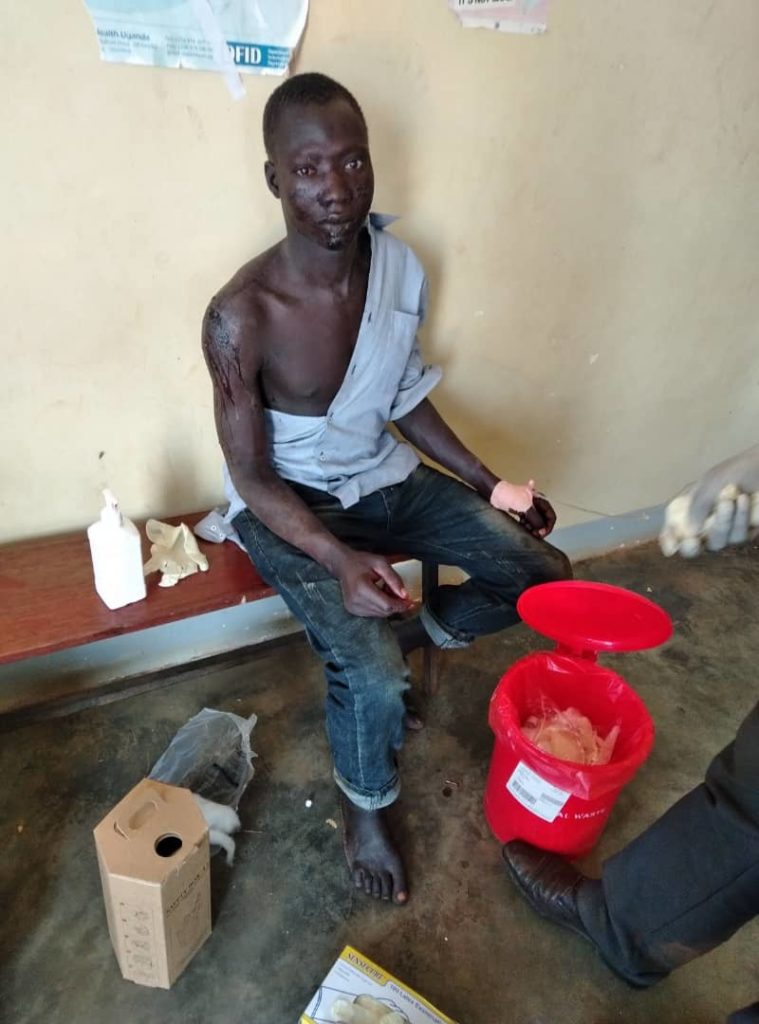 Four people, all members of the same family, are nursing injuries at Gulu Regional Referral Hospital where they were taken for treatment after being attacked by machete wielding men.

The incident happened on Sunday around 10pm at telute village in Palaro Sub County, Gulu District.

The victims have been identified as Walter Okello, 21, Bicentina Adong, 65, Charles Okot, 56 and Bosco Okot, 30.

Police suspects the attack could be linked to land wrangle.

Jimmy Patrick Okema, the Aswa River Region Police Spokesperson said three suspects have been arrested in connection with the incident.

Police has preferred attempted murder charges against the trio who are currently being held at Palaro Police Post.