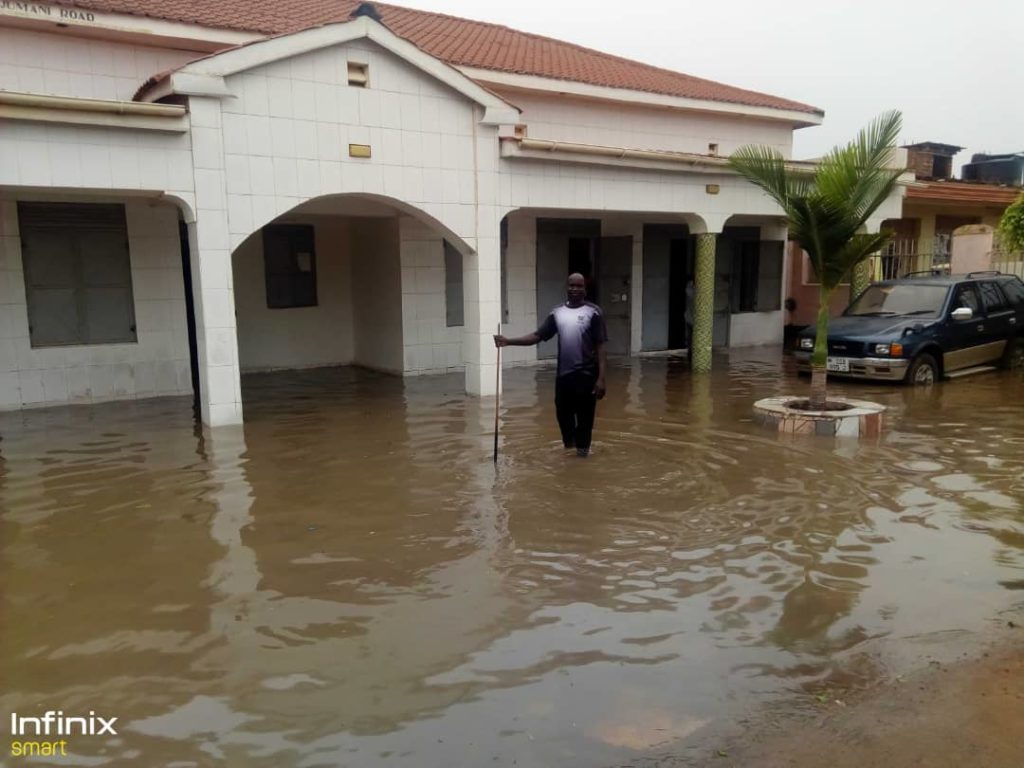 Elegu Township in Attiak Sub County Amuru district has, as it has now become a regular occurrence, been submerged in water after again Unyama River burst its banks.

Unyama is a tributary of the Nile.

Patrick Lamot Louis, a health worker in the area says that the floods started on Sunday evening and by Monday morning, the entire Eastern side of the Town Council and parts of the refugees’ reception site had been submerged. The site is currently hosting 38 health workers deployed to fight Coronavirus.

Elegu Police Station and several business premises have been submerged, leaving many people stranded and businesses at a standstill, according to Lamot.

Margaret Auma, a resident said on Monday morning that people are scampering in panic with a handful of possessions in search of safe places.

Michael Comboni Komakech, the Elegu Town Council Town Clerk says that members of the community are being urged to take refuge at safe places.

Wilfred Odiya Baguma, the Attiak Sub County Chairperson says that the flood will likely affect the 18,000 people residing in the area.

Osborn Geoffrey Oceng, the Amuru Deputy Resident Commissioner told the media that the situation is being assessed for a response from the office of disaster preparedness.

Mr Oceng attributed the flooding to heavy rain that has been experienced in the area and northern Uganda in the past weeks.

This is the third time a flood is hitting Elegu Township within three years. In 2017 it killed three people and demolished hundreds of houses and structures.