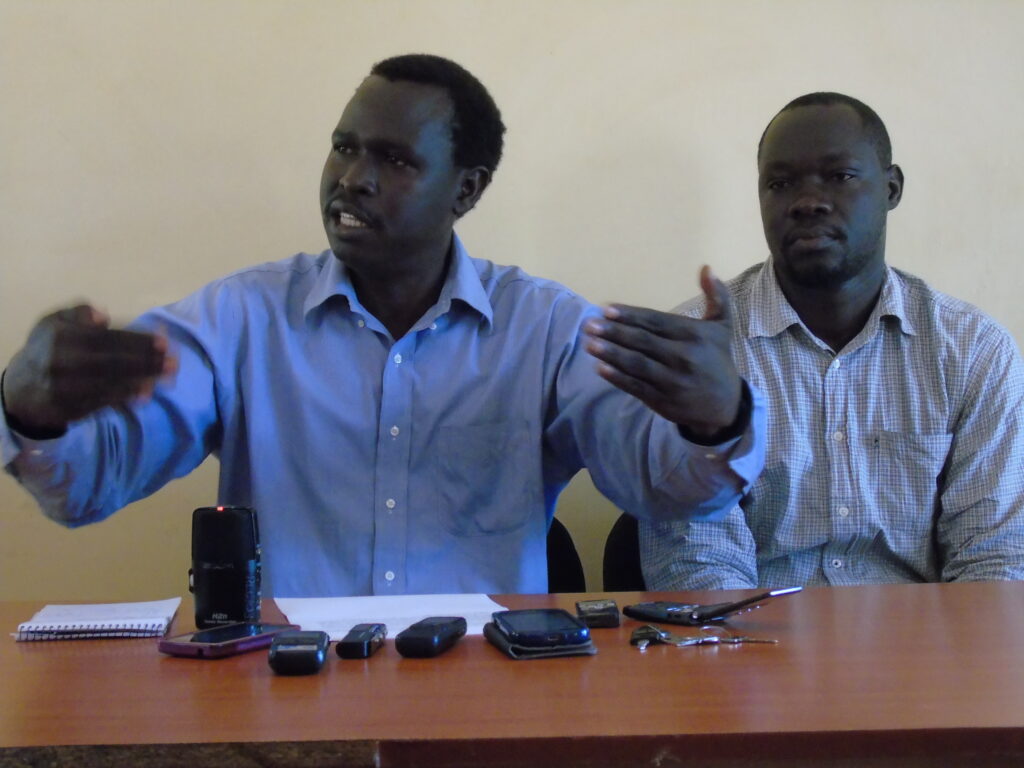 Dan Oola Odiya, the former Deputy National Secretary for Mobilization for UPC party addressing the press in 2016 at the Northern Uganda Media Club in in Gulu City. Mr Odiya is among those contesting for the  position of Gulu district Chairman

At least seven candidates including four independents have been successfully nominated to contest for the Gulu District LCV Chairperson seat.

Julius Agaba, the Electoral Commission Deputy Registrar for Gulu said the candidates were nominated after they met all set requirements

Meanwhile Obol is the Councilor V for former Pece Division, and a local music artiste.

Dan Oola Odiya, the former Deputy National Secretary for Mobilization for UPC party opted to run on independent ticket. In 2011, he unsuccessfully run Aswa County MP seat and lost to Reagan Okumu, the incumbent. He was arrested and charged with treason, concealment of information, two counts of murder and one count of attempted murder. The charges related to the 2016 attacks on Opit Military Detach and Gulu Central Police Station. The charges were later dropped after government said it had lost interest in the case.

The seven aspirants are vying to replace Martin Ojara Mapenduzi who opted to run for Bar-Dege- Layibi Division after Gulu Municipality was elevated to a city. Ojara replaced Norbert Mao, the President General of Democratic Party in 2011. He was successfully elected to office in 2016, beating three other candidates.