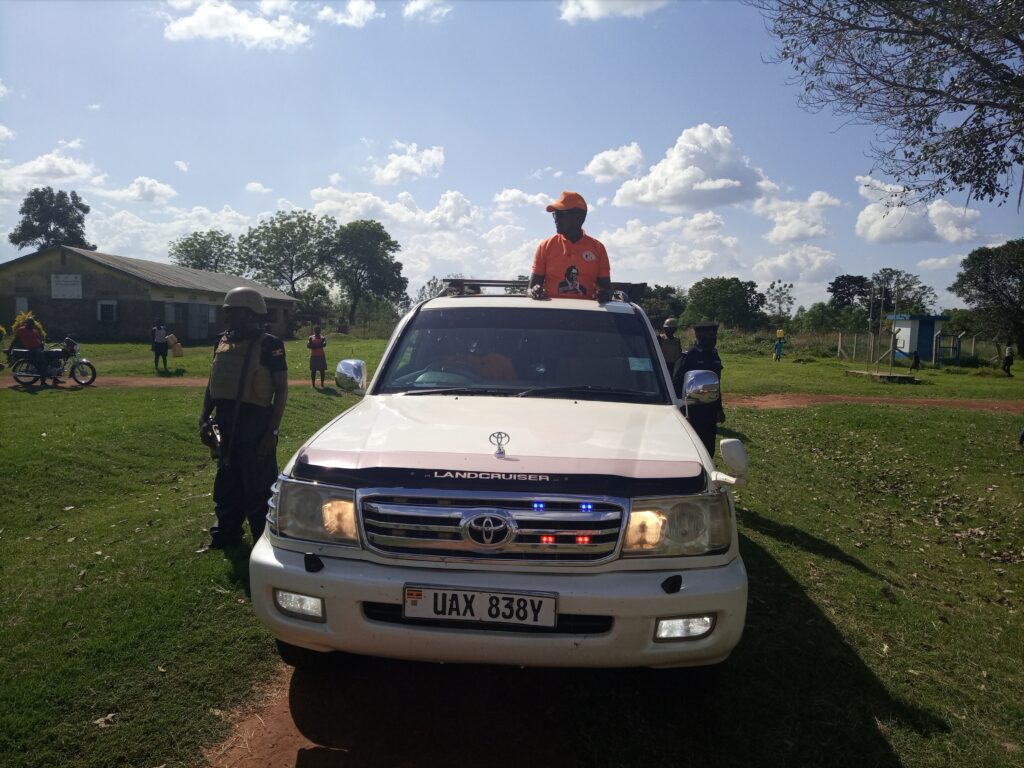 Presidential hopeful Henry Tumukunde has skipped campaigns in Nwoya and Gulu districts over low turn up for his rallies.

The former security minister contesting as an independent was on Monday afternoon scheduled to address voters in Anaka Town Council in Nwoya district and Awach Sub County in Gulu district.

However, the two campaigns were cancelled after the candidate and his team struggled to attract potential voters for their first two campaigns in Adjumani and Amuru districts also held on Monday.

While in Adjumani Town Council, Tumukunde arrived at around 1:30 p.m ready to address voters from Cesia Primary School playground in Adjumani Town Council but the campaign venue was empty for several minutes until he drove out of the town atop his vehicle registration number UAX 838Y while waving  to  traders who seemed to be concentrating on their businesses.

Tumukunde later drove to Attiak Town Council in Amuru district from where he also met an empty venue at the Attiak Sub County headquarters where he was scheduled to address a rally.

He spent less than ten minutes while atop his vehicle and urged the onlookers to vote for him if they want change of government noting that he is an army general like incumbent president Yoweri Kaguta Museveni.

Tumukunde and his campaign team made several stopovers at trading centers along the Gulu-Nimule while playing his campaign songs on a public address system, but onlookers seemed unbothered.

Later Tumukunde held an abrupt press briefing with a team of about seven journalists and re-echoed his call for change. After the engagement with the press, Tumukunde indefinitely called off a rally that was scheduled in Gulu.

The presidential candidate and his agents later drove to Churchill Courts Hotel in Gulu City from where they locked themselves in a meeting for several hours. Among them was Alex Okoya who was in-charge of the campaigns in the north.

When asked why the campaigns in Nwoya and Gulu were called off, Okoya declined to make a comment.

Tumukunde is scheduled to campaign in Lamwo, Kitgum and Agago districts on Tuesday and Pader, Omoro and Gulu City on Wednesday, according to the program shared by Alex Okoya who is heading the northern Uganda team.