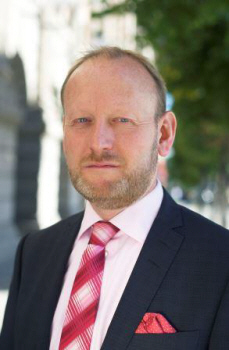 Swedish Embassy in Uganda has launched a $8 million (Shs 26 billion) partnership deal with United Nations Women Uganda in a move aimed at supporting comprehensive implementation of gender equality and women’s empowerment in the country.

The three -years partnership deal was launched at the celebration to mark 15 years anniversary of United Nations Security Council Resolutions 1325 by the Swedish Ambassador to Uganda Mr Urban Andersson.

The event was held at St Monica’s girls training School in Gulu Municipality on Monday under the theme ‘Celebrating Women’s Participation in Peace and Security’. Scores of dignitaries from the United Nations, government, security institutions, academia, District leaders and civil society organizations attended the function.

United Nations Security Council Resolution (UNSCR) 1325, adopted in 2000 is celebrated worldwide on the 31st of October annually. The Celebration this year in Uganda was held in Gulu District.

Speaking at the launch of the partnership deal, Mr Andersson applauded Uganda for the significant progress it has achieved in promoting gender equality and women’s empowerment.

He however said much of the progress still remains at the Policy levels leaving majority of the women at the grass root to suffer from widespread discrimination and marginalization.

“Women political participation and women’s economic empowerment continue to lag significantly behind than that of men and gender based violence remains common and widely accepted. Moreover so women have not been adequately included in the post-conflict recovery process in Northern Uganda and gender is not systematically mainstreamed in the humanitarian response,” he said.

Through this partnership, UN women will build the capacity of duty bearers including parliament, line ministries, the Police and the Judiciary to deliver on gender equality commitments and support women as right holders to demand accountability, added Mr Andersson.

The Swedish Ambassador noted that Sweden is also creating a network of women peace mediators that within two years will be ready to assist in peace processes upon request.

He cited Uganda’s peace broker, former Junior Minister for Water and Environment Ms Betty Atuku Bigome who is among the women globally selected for the peace mediations.

Ms Bigombe who scooped a job at the World Bank last year leaving the Amuru Woman parliamentary seat is renowned for her role in brokering for peace at the height of the insurgency in northern Uganda between the Lords Resistance Army(LRA) and the Ugandan government.

The UN Women Country Representative for Uganda, Ms Hodan Addou, said the partnership would be a landmark in the process of ensuring the empowerment of women in the country.

The Minister in-charge of Northern Uganda Ms Rebecca Otengo, pointed out that the women in northern Uganda still suffer from psychosocial trauma as a result of  war in the region.

She suggested that as a result of dealing with the trauma scourge, 70 percent of the Shs 750 billion fund under the Peace, Recovery and Development Plan (PRDP3) will be directed for psychosocial support while 30 percent will be for infrastructural development.