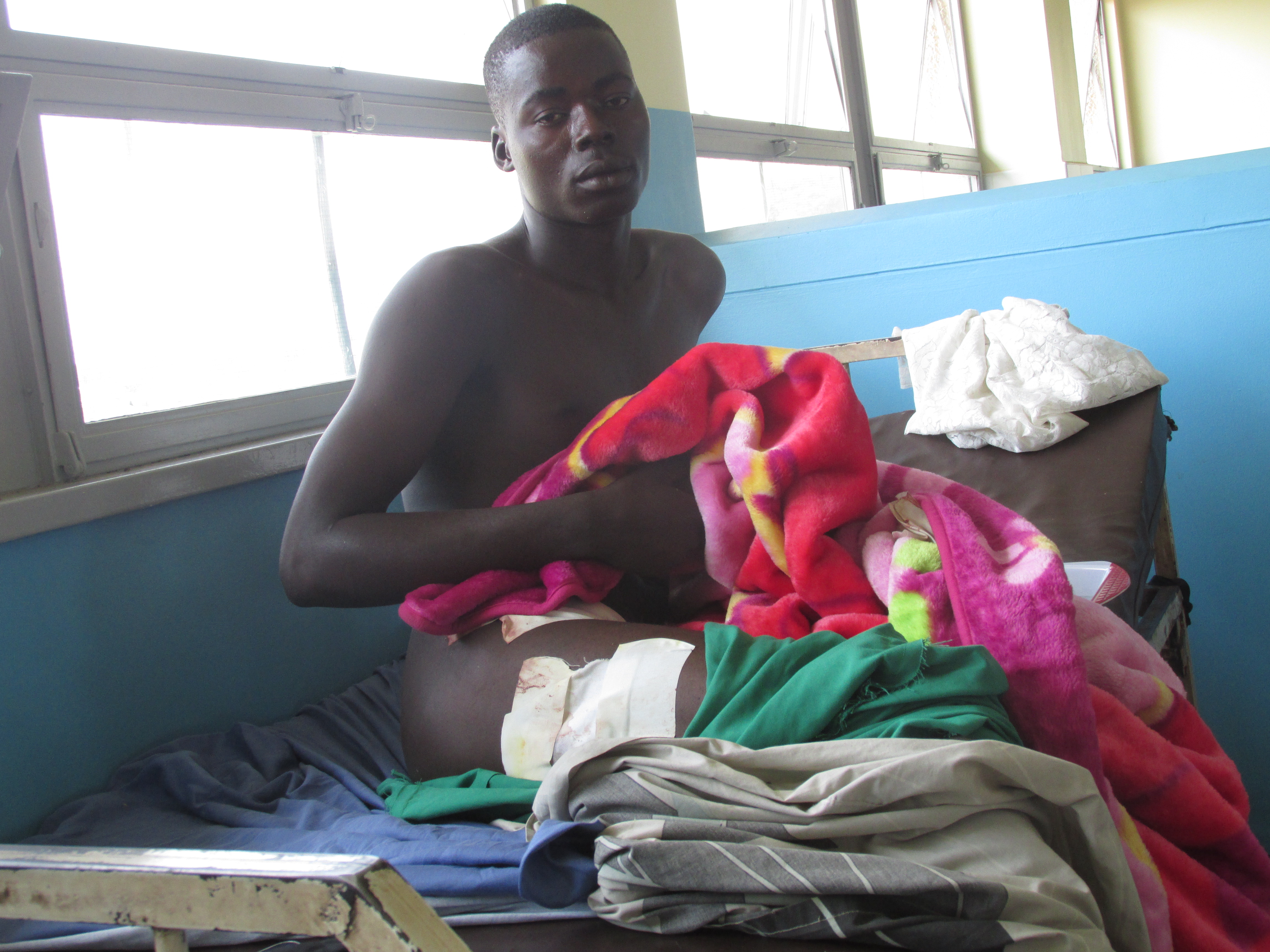 A man in Nwoya district has been hospitalised at Anaka hospital after being attacked by a buffalo.

Nelson Kidega, a resident of Lagazi village Pabit Parish in Purongo Sub County was on Wednesday attacked by the wild beast while on his way to his sim-sim garden. He said the animal  was lurking in a nearby bush before it attacked him.

Kidega told Acholi Times from his hospital bed that the incident happened around 2pm on Wednesday. On seeing the animal, Kidega said he attempted to run, but the wild beasts caught up with him.

‘‘I tried to doge[the animal] but it lifted me with its horns and threw me down,’’ he said.

Kidega suffered three deep cuts on the thigh but doctors at Anaka hospital say he is out of danger.