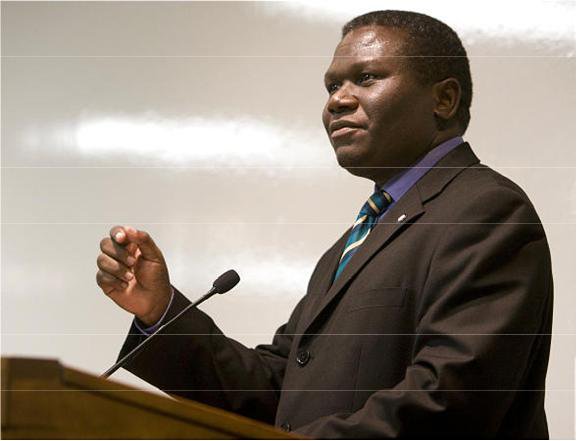 The EC’s rejection of Mao’s nomination for the Gulu municipality parliamentary seat has angered Gulu DP Chairman Uma Kerobina who has described it as an insult to the Acholi people and to his party(Photo: internet)

Gulu Democratic Party (DP) Chairman Uma Kerobino has said the electoral commissions’ rejection of Norbert Mao’s candidature for the Gulu municipality seat is an insult to the DP and the Acholi people.

Kerobino said Mao was called by the people of Acholi and not even the Democratic Party to offer leadership in Acholi and for the nation.

Kerobino expressed disbelief that the EC had rejected Mao’s nomination on grounds that he is not a registered voter.

‘It [EC’s action on Mao] is an insult to Acholi population who invited Norbert to contest in 2016,’’ Kerobino said at a press conference at the Northern Uganda Media Club this week. The press conference was also addressed by leaders of the Uganda Peoples Congress (UPC) and Amama Mbabazi’s Go Forward camp.

‘’Mao joined active politics in 1996 up to date. How can his name be missing from the register,’’ Kerobino wondered.

Mao’s nomination was rejected by the Gulu electoral commission registrar Benson Obete because the DP leader had not registered for the national identity card.

Mao has threatened to drag the EC to court for unfair treatment. At press conference this week, he gave the EC 48 hours to respond to a complaint he had lodged with the commission. His lawyers say Mao is a registered voter. The EC says he is not.