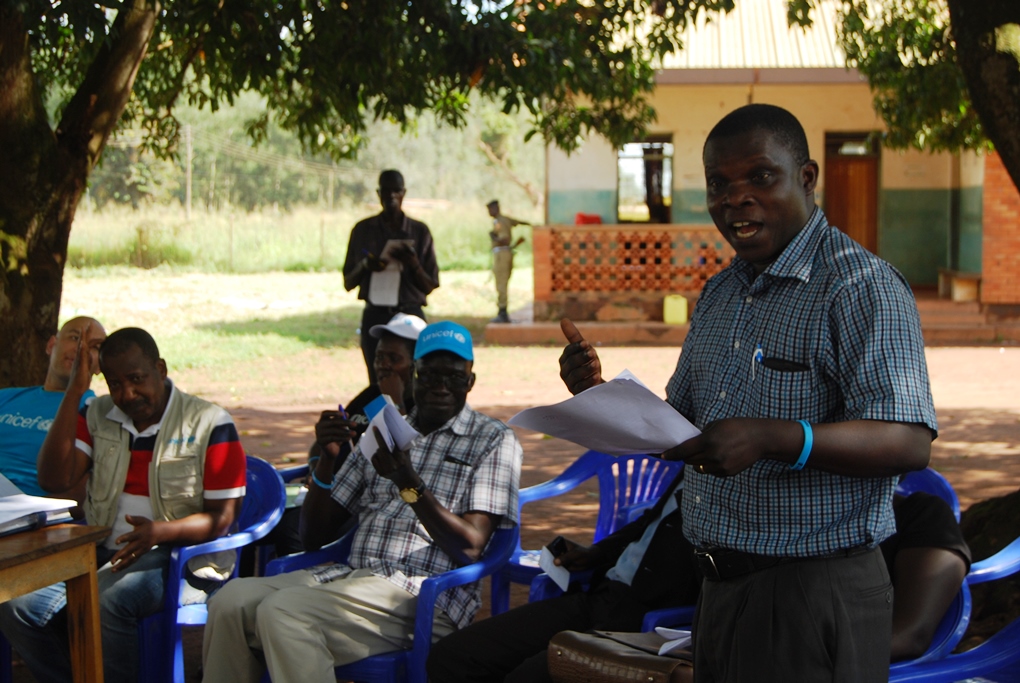 Acting Gulu-District Health-Office, Robert-Ongom addressing members of the village health team(VHT) and UNICEF officials during a recent tour of Bobi Health Centre-III in-Gulu district. Health facilities in Gulu have had a surge in malaria cases, according to district health authorities ( Photo by Terence Alur)

Following the recent rise in malaria cases in Gulu, the ministry of health in conjunction with United States Development Agency (USAID) will on Saturday this week resume mass treatment for the next two months to  check a spike in cases of the disease in the district.

The Gulu district health office recently said that cases of malaria had risen to 9,000-10,000 a week with two case of death registered.

In September last year, Gulu district carried out a mass treatment for malaria but stopped the exercise when it ran short of anti-malaria drugs.

Robert Ongom, the Gulu district Health Officer said on Tuesday that a total of 588 Village Health Teams (VHTs) will be re-trained by a medical team from the health ministry adding that they will be deployed in the affected areas with two VHTs covering each village

“We are re-activating mass malaria and fever treatment because the cases have risen 10 times more than the case normal range that we have had in the previous period. This time we have a review strategy where the VHTs themselves will be trained how to test and screen to see whether those cases are positive or not”, Mr Ongom said

Ongom further said: “We receive two death cases[from malaria] weekly and we believe that through mass treatment  doing this we shall be able to disrupt the epidemic such that when the cases lower down, the consumption of malaria drugs will reduce thus being cost effective”

The most affected areas include Awach cub county, Lalogi and Palaro sub county. Mr Ongom noted that the the district has also received anti-malaria drugs from National medical stores with support from United Nations International Children’s Fund (UNICEF) amounting to 70, 000 doses  with more expected to come in two weeks.

According to Mr Ojok, a total of 70 health workers who were sent by Ministry of Health with support from Global Fund project have been deployed in all hospitals, health centre IVs to help to reduce on work load faced by medical worker strained by patients seeking treatment

At least 162 malaria deaths were registered between May and July following an outbreak in 10 districts in northern Uganda. The affected districts are Nwoya, Amuru, Agago, Kitgum, Pader and Lamwo, all in
Acholi sub region.