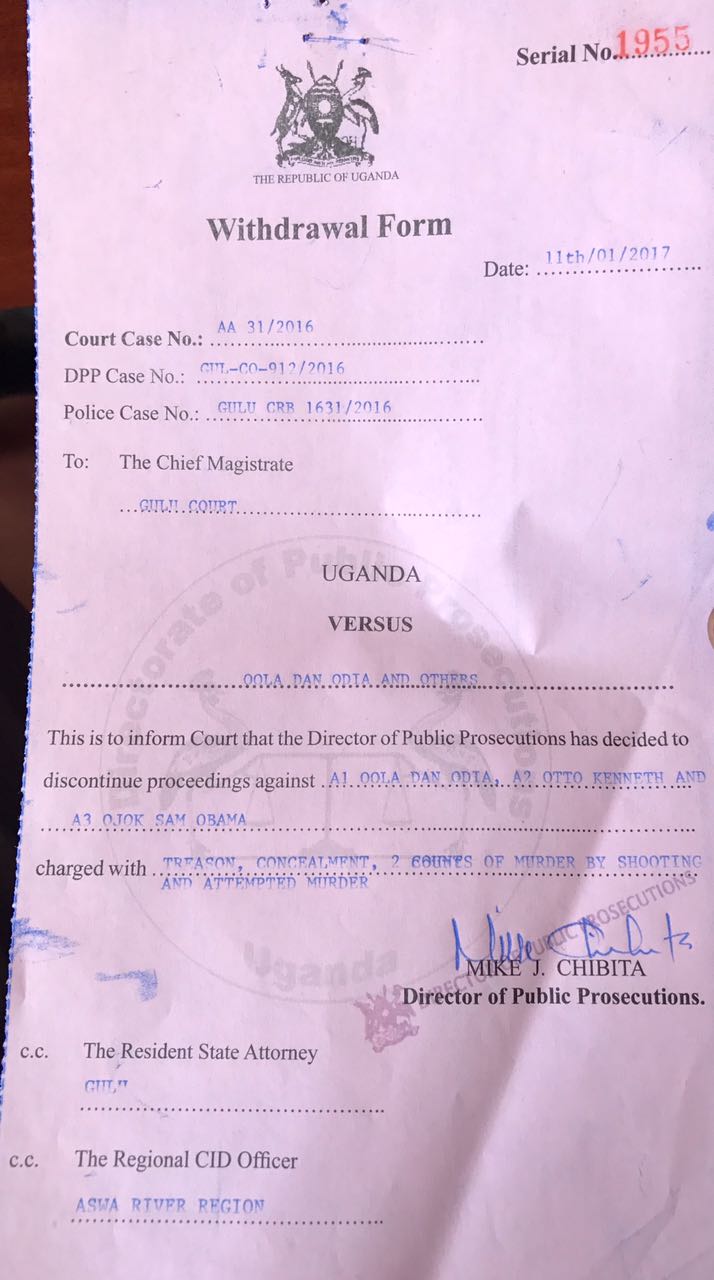 Uganda Peoples Congress (UPC) National Deputy Mobilizer Oola Dan Odiya was on Thursday morning re- arrested by armed men from inside the Gulu court premises shortly after the Director of Public Prosecution ceased proceedings against him and two of his co-accused.

Mr Odiya and the two others—Otto Kenneth and Ojok Sam Oboma were charged with five counts including treason, concealment of treason, two counts of murder by shooting, attempted murder and murder.

The accused have been on remand in Gulu Central Prison for close to seven months. They were arrested in June last following an attack on Opit army detach in Omoro district.

Shortly after, there was an attack on another security installation–Gulu Central Police in Gulu town. Security agencies said the attack was meant to rescue Mr Odiya who at the time was detained at the police station.

On Thursday morning a letter addressed by the Director of Public Prosecutions addressed to the Gulu Chief Magistrate’s stating that he had lost interest in the case was presented before the Magistrate’s court in Gulu.

But Oola and his co-accused were re-arrested by armed men from inside the Gulu court premises before they could walk away free.

‘‘They [armed men] stormed the court premises and pulled out these guys and put them in a private car and drove off. This is like the Black Mamba raid,’’ said Nicholas Opiyo, Mr Oola Dan Odiya’s lawyer while referring to a November 2005 incident in which armed men in dark shades and dark t-shirts stormed the High Court premises in Kampala and re- arrested suspects of the Peoples Redemption Army(PRA) rebels after they had been granted bail by court. The armed men became widely known as ‘‘Black Mambas’’—they are thought to have been members of an elite force of the Uganda security services. 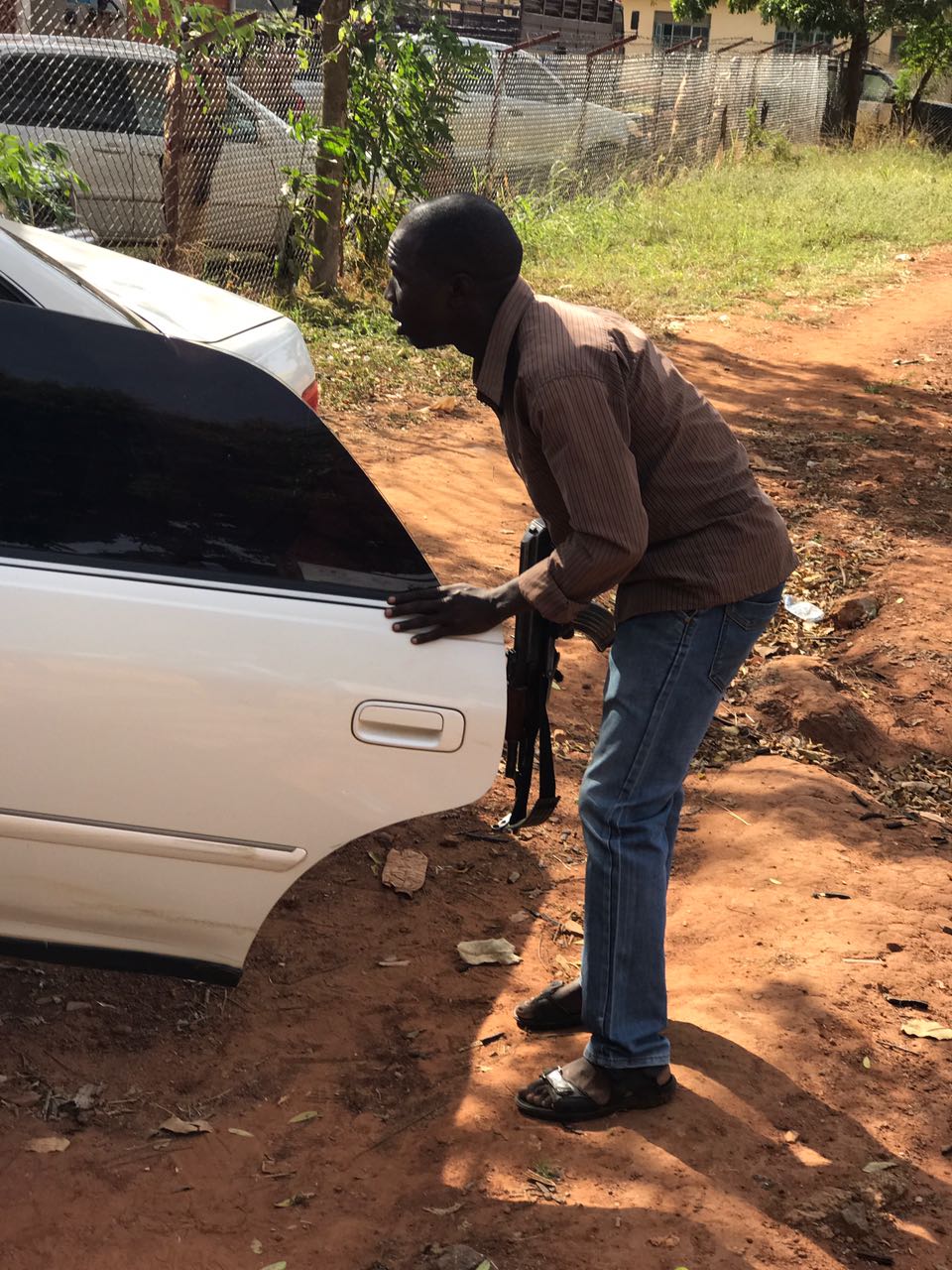 One of the armed men who effected the re-arrest

The armed men who stormed the Gulu court  premises were travelling in a private car with tinted windows registration number UAZ992M. They are suspected to have been members of the Police Flying Squad  said to be tasked with handling hardcore crimes. 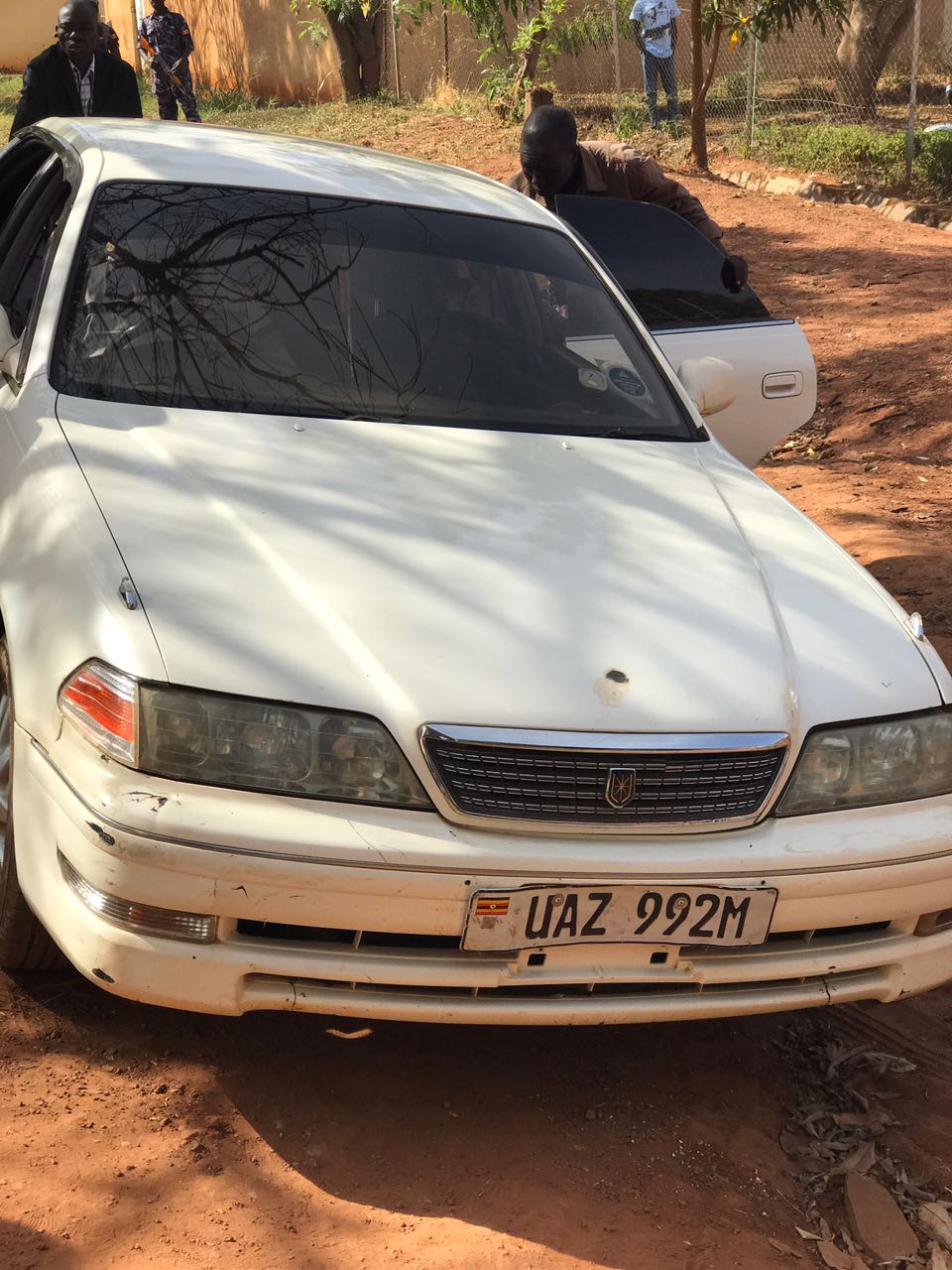 ‘‘Our immediate and most urgent task is to locate where they (Oola Dan Odiya & co accused) have been taken or detained. Why have they been detained, by who, where so we can formally file a case before the High Court,’’ said lawyer Nicholas Opiyo.

Speculation is that Oola Dan Odiya, Otto Kenneth and Ojok Sam Obama could end up before the military court martial in Kampala.