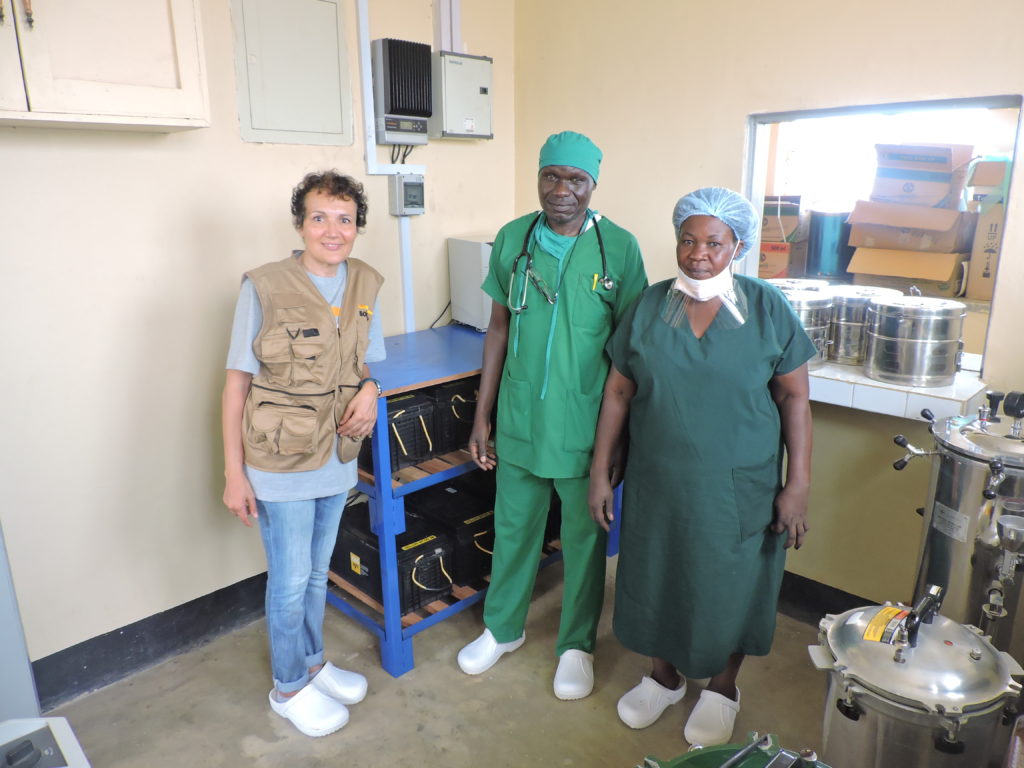 Staff from Awach Health Centre IV pose for a photograph with an official of Soleterre, an Italian Non Government Organisation in Uganda that supported the health facility with a new solar system and an assortment of equipment

Awach health centre IV in Gulu district has been boosted with a 35 million, 300 Kilowatt hours solar power system that will enable health workers in the health centre to conduct operations in the night.

Dr Cana Kenneth, the In-Charge of the facility said health workers had been using touches past 10 pm to attend to patients in need of urgent attention since the solar system installed by government cannot operate for more than four hours.

Expectant mothers are among beneficiaries of the new solar installation by Soleterre, an Italian Non- Governmental Organization operating in Uganda.

Dr Cana revealed that since the recent installation of the solar system, the health facility has conducted four caesarian operations and offered life-saving support to eight patients.

The Country representative Soleterre Foundation Uganda, Adrian Ssali said the organization chose to support Awach Health center IV because it is used by up to 150,000 people.

“Soleterre has so far supported two (2) health centers in Gulu district since July 2018. This includes Pabwo health center III in Bungatira Sub County where we donated health equipment which worth over 70 million Uganda shillings and Awach H/C IV in Aswa County which has so far received support of over 80 million including a solar system” Mr Ssali said.

Ssali stated that the aim of the organization is to reduce maternal death rates in northern Uganda through support to health centres.