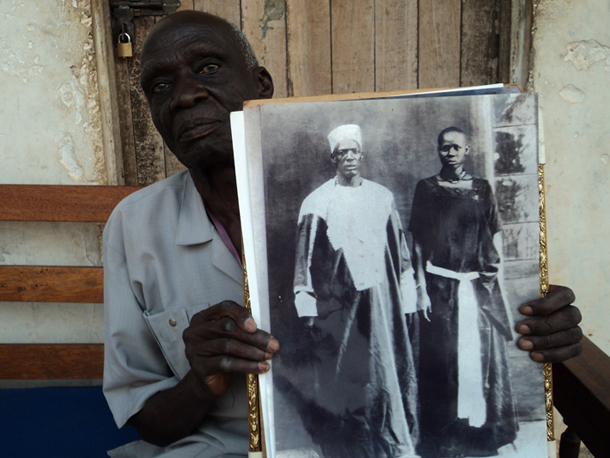 The late Anania Akera Kerwegi, a veteran tobacco farmer in Acholi, has been hailed for championing commercial agriculture in northern Uganda.

Akera said to have been aged 105 succumbed to organ failures on August 16 from Gulu Regional Referral Hospital. He was 8th son to late Rwot Andrea Olal of Bobi Paidwe, Puranga Chiefdom.

Akera is most remembered for his outstanding success as a tobacco farmer and rancher.

Douglas Peter Okello, the Omoro district chairperson says Akera is a person whose legacy should be followed for he worked hard to make ends meet.

Livingstone Okumu Langol a Gulu town resident and journalist says Akera had a big tobacco farm in Lakwatomer in Gulu now Omoro district, a project he embarked om after resigning from the education service.

By 1959, according to Mr Okumu, Akera’s farm supplied much of the tobacco coming from northern Uganda. The late Akera’s farm reportedly employed over 700 workers some from then Sudan now South Sudan and Zaire now the Democratic Republic of Congo

Isaac Newton Ojok, the Omoro Bobi Sub County LC V Councilor V says Akera should not only be remembered as an agriculturalist but also as a pioneer politician who was the first chairperson of the Great Acholi district from 958 -1964.

Irene Atek, a granddaughter to the deceased says Akera will be remembered for being a staunch politician and commercial farmer.

In 1968 served as the first General Secretary of the Greater Acholi District, first Chairperson of Uganda Farmers as well as serving as Chairman of Northern and Eastern Uganda Town Board.

He lost over 500 heads of cattle in the late 1980’s when conflict broke out in northern Uganda.

Akera is survived by 69 children and 253 grandchildren. He was laid to rest on Saturday at his home in Along village, Bobi Sub County, Omoro district.

President Museveni attended the burial of the veteran farmer and politician.