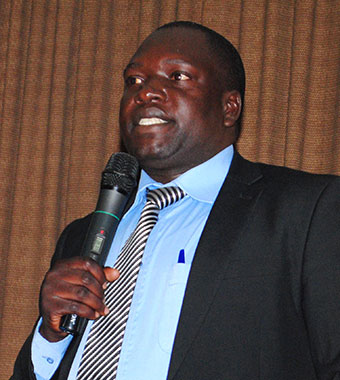 Police in Nwoya is hunting for thugs who broke into the home of the Nwoya district Chairman in the wee hours of Sunday morning and stole several items.

Patrick Okello Oryema, the Nwoya Chairman said two thugs armed with a knife gained entry into his house using master keys and stole a flat screen Size 49, a decoder and HP Laptop among other items.

The Chairman was away at the time of the incident with only his wife and son in the house.

In a statement to police,  Susan Akullu, wife to Oryema said she made an alarm forcing the thugs to take off.

William Ocitti, the Officer In-charge of Nwoya Central Police Station said a case of theft, burglary and threatening violence is being investigated by police but added that no arrest has yet been made.

This is the second time in two two weeks that suspected thugs are breaking into the house of a Nwoya district official. On 27 August, thugs broke into the house of the District Police Commander, SP Doka Rashid, and stole a laptop.