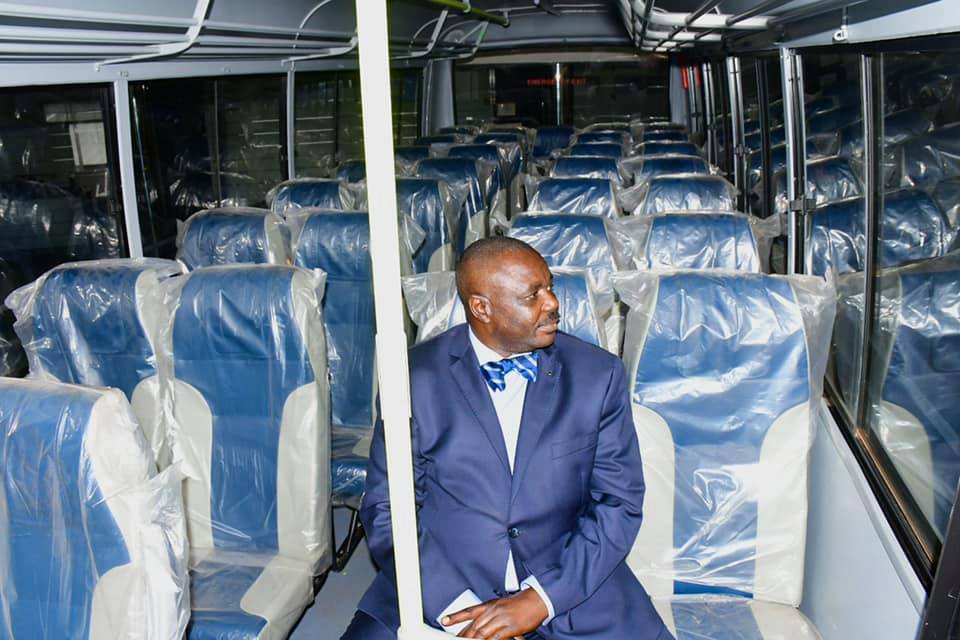 The delivery of the bus follows a request that had been made in May by the Speaker of parliament and Omoro county member of parliament Jacob Oulanyah to president Museveni.

Oulanyah is the Patron of the Acholi Football Association, a position to which he was appointed by the Lawii Rwodi, Rwot Acana.

President Museveni pledged to deliver on Oulanyah’s request. ‘‘If Oulanyah asks anything, I grant him his request,’’ the president reportedly said.

The 30-seater Tata bus cost 171 million shilling. It was handed over to Oulanyah and the secretary to the board of the Acholi Province team, Bernard Loum.

‘‘One of the things that forge a mindset change is trust in leaders… if leaders pledge, they should endeavor to fulfill. It restores hope among the people and builds lasting relationships,’’ Oulanyah said according to a text from an aide.

Oulanyah appreciated the president for honouring his pledge saying the bus will ease transportation of the Acholi Province team for matches, helping cut on the costs.

Mr Loum said the custody of the bus will be determined after a meeting by the fans, board, Ker Kwaro Acholi and technical management committee on a yet to be communicated date.

The official handover of the bus is slated for November 23rd in Gulu.