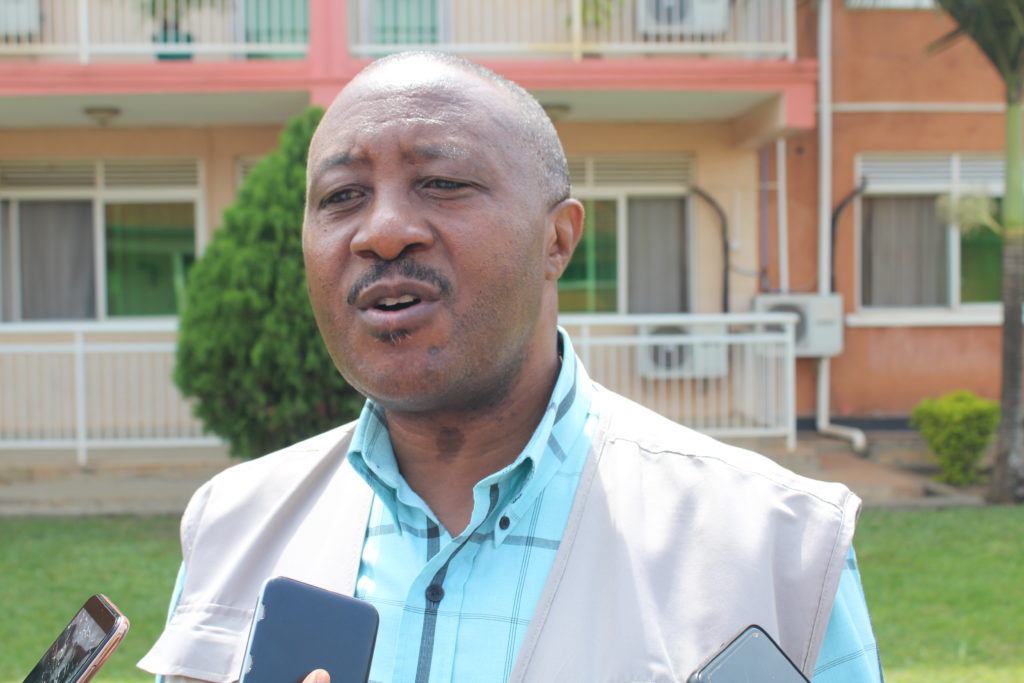 The Commissioner in the Ministry of Agriculture, Animal Industry and fisheries has warned the public against politicizing the desert locusts invasion in Uganda.

Stephen Tibeijuka Byantwale, the Commissioner Food Protection in Ministry Agriculture, Animal Industry and Fisheries told our reporter in an interview that some are using the media to spread rumours about government’s efforts to control the locust invasion.

“Whoever is saying that even these yellow locusts that are passing around are not destroying anything, we are telling you that scientifically, these are mature locusts that have survived across the areas where they have been. They will finally die but the eggs they have laid will hatch and they will be more than 300 times because each locust lays more than 300 hundred eggs. And therefore, that’s what we are preparing for, ’he said.

A recent report from Food and Agriculture Organization –FAO indicates that 23 districts in Uganda have so far been invaded by the desert locusts. These include districts in Acholi, Lango, Karamoja, Sebbei and Teso regions.

“The locust population in the in the desert countries where they originate from went up because of the rains that have been experienced almost in every country last year’’.

William Komakech, the Kitgum District Resident District Commissioner says the district is ready to spray the hoppers once they hatch since a swarm of the adult desert locusts passed through the district.

A total of 22 billion shillings has been allocated by the government to help in the control of the pests.