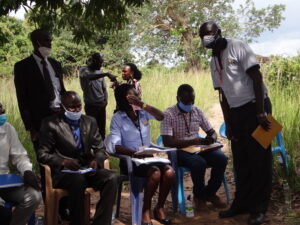 The office of the Inspectorate of Government (IGG) on Thursday last week recovered from Agago leaders 10 oxen and 6 ox ploughs distributed two weeks ago under the NUSAF3 project.

The leaders including councilors, an LC3 Chairman, two teachers and a Gombolola Internal Security Officer reportedly removed the names of the rightful beneficiaries and replaced them with their relatives and cronies.

The Inspectorate of government NUSAF3 focal point person, Victus Omoding said that the leaders found with the items do not quality to get them because they are public officers and are in gainful employment.

According to Omoding, NUSAF3 is meant for the poorest of poor communities.