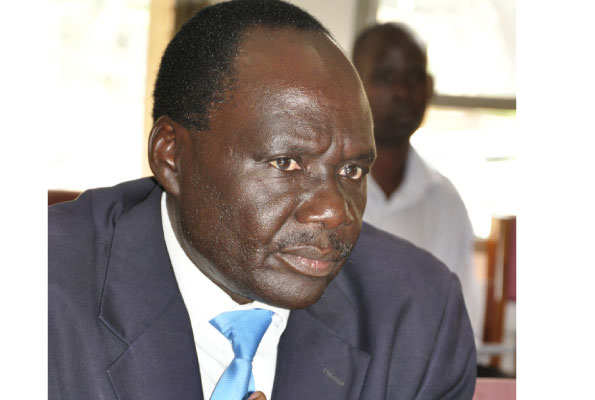 Lawyers of former Lord`s Resistance Army (LRA) rebel group commander Dominic Ongwen have 30 days to appeal the 25-year jail term handed over to their client by The Hague Based International Criminal Court (ICC).

Ongwen, 45, the former commander of the LRA Sinia Brigade was on Thursday convicted to 25-years jail term for 61 counts of war crimes and crimes against humanity and sexual crimes which he was found guilty of committing in Northern Uganda between 2003 and 2005.

The verdict was delivered by a panel of three justices including Peter Kouvacs and Raul Cano Pangalangan and were led by Bertam Schmitt.

In their judgement, the justices noted that they decided to jail the former war load for 25-year jails because of the magnitude of the atrocities he committed so as to deter similar offenses in the future and prove the position of the world in condemning the atrocities committed by the LRA.

While delivering the verdict, the justices said that the verdict is still appealable by Ongwen`s defense team if they feel that they are discontented with it.

Maria Kamara Mabinty, the ICC Outreach Officer for Uganda said on Thursday evening that if not contended with the court`s outcome, Ongwen`s defense team have 30 days to appeal the decision after thoroughly studying it.

Kamara explained that the independent appeal chamber composing five members will then go through their appeal application and later pronounce itself.

Earlier, Ongwen`s defense team led by Cryspus Ayena had asked the ICC to give their client a lighter sentence of not more than 10 years based on the fact that he was abducted while still a child, did the atrocities under duress and was not mentally stable.

However, the defense team have not come out stating when they will file their appeal and on what grounds.

Ongwen, who surrendered in 2015, is the first LRA top commander to be convicted by the ICC.

In July 2005, the court issued sealed arrest warrants for top five LRA commanders including Joseph Kony, Vincent Otti, Raska Lukwiya, Okot Odhiambo and Dominic Ongwen. Lukwiya and Otti were killed in 2006 and 2007 respectively.  Odhiambo’s body was found in the Central African Republic in early 2015 while Kony remains at large in the vast forests of the Central African Republic and DRC.

Joseph Kony, formerly an altar boy in the Catholic Church in Odek Sub County founded the LRA about 30-years ago.

The group is suspected to have led to the death of more than 100,000 people, abduction of 60,000 and displaced millions of people, according to the United Nations.