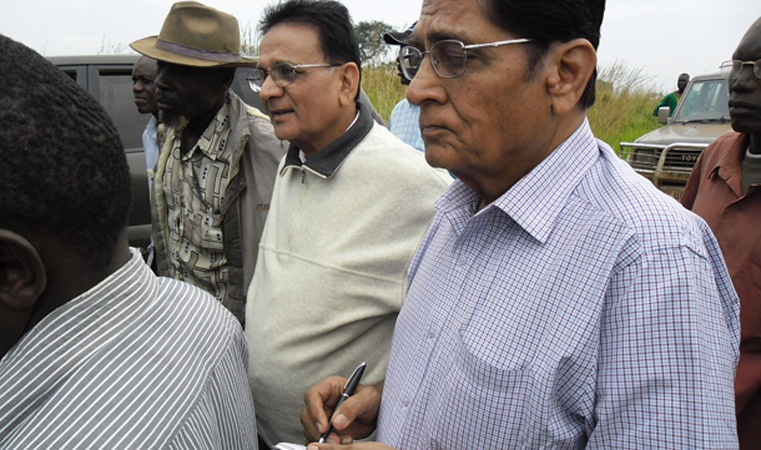 Youths in Amuru say that the proposed Amuru Sugar Works by Madhivani Group of Companies will do very little to benefit the people of Amuru, because the group intends to use locals as casual labours and take away profits at the expense of the people.

The government has identified 40,000 hectares of land in Amuru which it wants handed over to the Madhvani Group of Companies and since 2006, it has been trying to persuading local residents to vacate the proposed sites covering Lakang, Bana and Kololo, all villages in Amuru Sub County, Amuru district.

However, the project has been greeted with skepticism by local politicians and resistance from the local, who point at potential sinister reasons on the side of the government.

Geoffrey Akena Aweko, a youth leader in Amuru says that youths in Amuru can prosper without necessarily being employed as labourers by the Madhvani Sugar Plantation.

“With the current growing transport industry, being a boda boda taxi operator is probably much attractive that working in the sugar works,” he added.

Akena who plies along Amuru and Gulu town as boda boda operator earns between shs30,000 and shs40,000 shillings on a good day.

Another youth George Okello, says he cannot survive on a salary with his wives and ten children.

Okello added that with children now at University and secondary school, he could not imagine earning a salary that will pay for all their tuition fees.

But Mr James Nabinson Kidega, the Resident District Commissioner (RDC) for Amuru says that once the sugar works is up and running, over 20,000 jobs will be created for the youth in the Acholi sub region.

The RDC noted that this will solve the rate of unemployment among the disadvantaged youths who suffered from the brand of the war which denied them the opportunity to gain formal education.

RDC Kidega noted that the government will sensitize the land owners on the benefits of the sugar projects to their community so that they will allow the project to go ahead.

President Yoweri Museveni who visited the area in April 2011 accused individuals whom he did not name of behaving as if Uganda was the only country to invest in.

Museveni said the project will not only raise revenues, but it will also lead to infrastructural development in the region.

Museveni raised fear that the country will be forced in the future to import sugar since it produces only 200,000 tones and yet it consumes 500, 000 tons annually.

The minister of trade, industries and cooperative Ms Amelia Kyambade said that over the years, demand for sugar by Ugandans has overwhelmed the three sugar factories in the country.

The trade minister revealed that Kinyara, SCOUL and Kakira in Jinja produced only 270 metric tons and yet the demand for consumption is 788 metric tons.

She added that the idea of cutting down exports from Brazil and Kenya has proved to be ineffective since Brazil is turning sugar into ethanol for running factories.

Gilbert Olanya, the Kilak County Member of Parliament who has been very critical of the government plan to forcefully evict people from the said land says government officials including President Yoweri Museveni should allow the land owners to negotiate with Madhvani Group of Companies instead of using State House and public resources to negotiate on the company’s behalf.

The land owners have placed at the centre of their demands for pre-talks with the government: cessation of hostilities by security forces, halting of indiscriminate arrest and detention of innocent civilians, stopping intimidation, extension of social services such health services and education among others.