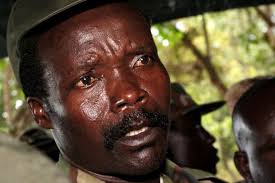 Elusive LRA leader Joseph Kony. Children born under his captivity are still finding challenges integrating into society many years since they escaped from the rebel leaders’ firm grip.

A new report by Justice and Reconciliation Project (JRP), an advocacy group which works for peace in war-affected communities says children born into captivity of the Lord’s Resistance Army (LRA) remain a largely neglected and overlooked.

The report indicates that the children who are now out of LRA captivity face stigmatisation from communities, peers, and even at times from family members, including violent abuse from stepfathers.

The JRP report indicates that children who successfully transitioned out of the LRA exist on the margins of their society, stigmatized and with limited life opportunities.

According to the report, those whose fathers are top commanders still at-large fear for their safety if their fathers are captured.

Meanwhile others do not know their lineages and long to connect with their families. Part of the problem originates from the use pseudonyms by the children to hide the real identity of their parents, a strategy adopted to protect other family members and village mates from violent revenge.

The report also highlighted that some of the children have developed strategies to conceal their true identities for fear of attacks.

The report offers a review of the lives of 29 such children living in the urban centre of Gulu town, drawn from a three-year project documenting their lives.

In 2012, former abducted women who were forced to become ‘wives’ of LRA fighters say they are facing rejection from their own communities after their escape from captivity.

Abducted at age 12, Evelyn Amony, one of the LRA Captives says they are usually subjected to a multitude of questions about the children they returned home with.

Amony who spent up to 11 years in captivity, became one of the numerous wives to LRA rebel leader Joseph Kony and like many other captives, had children against her will.

She is now the Chairperson for an advocacy group that fights for the right of formerly abducted girls and children “Women Advocacy Network”- (WAN).

Lino Owor Ogora, a Transitional Justice and Peace Building expert with The Foundation for Justice and Development Initiatives (FJDI), a local Gulu based advocacy group noted that that the absence of a social support system is also putting the future of the children at stake.

Ogora says that the formerly abducted persons including women and children born in captivity are still struggling to have an identity.

Ogora asked government and other civil society organisations to come to the assistance of the communities affected by over two decade’s violence so that they can overcome traumatic experiences.