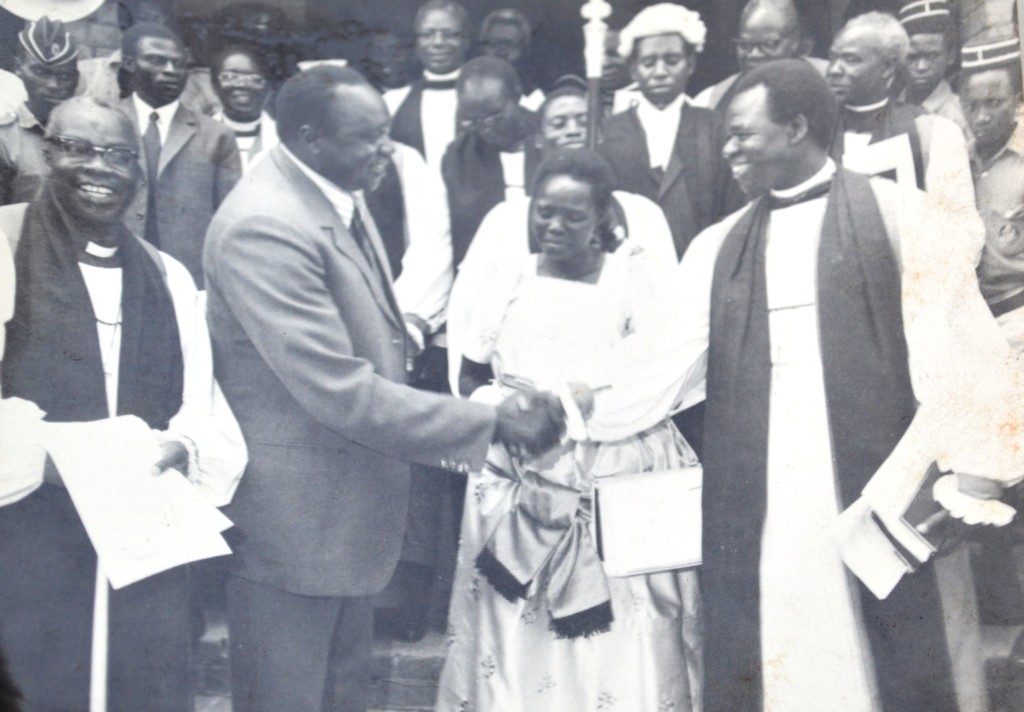 Uganda is today for the second time marking Luwum day in Mucwini, Kitgum district in remembrance of the fallen head of the church of Uganda, Janani Luwum who died during the dictatorial regime of the former Uganda president Idd Amin

The celebration will be marked at Wii Geng village. Various government officials including President Museveni are expected to attend the event.

On February 8th, the office of the prime minster and the public service ministry announced that the day would be a public holiday in ‘recognition of the memory of Janani Luwum’ as the country also prepares for 2016 election polls on the 18th.

“The Rt. Hon Deputy Prime Minister and the minister of public service informs the general public that   that Thursday…will be a public holiday to participate in national voting activities…”, the announcement reads in part.

Last year on February 16th, President Yoweri Museveni declared that the day would be public holiday, after he laid a wreath during the inaugural commemoration service at Mucwini in Kitgum district.

The celebration united politicians from the opposition and the ruling party. The prime minster Dr Rukuhana Rugunda co-chaired the committee that organized the event with the Museveni critic and Uganda People’s Congress’ (UPC) president, Dr Olara Otunu

Who was Janani Luwum

Born in 1922 at Acholi in Uganda, Janani Luwum spent his childhood and early youth tending goats, but earned a reputation as a quick learner when opportunities arose. He became a teacher and was converted to Christianity in the East Africa Revival on January 6, 1948.

Janani Luwum became a Ugandan parish priest during 1956. He faithfully served in that position until 1969 when he was elected to serve the Northern portion of Uganda a Bishop and was consecrated at a function attended by Amin and prime minister APollo Milton Obote. In less than two years after becoming a bishop, the reign of terror perpetrated by Idi Amin began on January 25, 1971.

It was in 1974 that Janani Luwum was chosen Archbishop of Uganda. Bishop Luwum made it his business to confront the injustices and atrocities of Amin. He took his criticism public in a radio address in1976 at Christmas. His sermon felt the power of censorship before he even finished.

The Bishop then threatened a public demonstration, and for a time worked to bring his Anglicans, other Protestant groups, and the Catholics together in opposition to Amin.

According to Mrs Mary Luwum, 92, now a widow who was married to Janani Luwum for more than 31 years vividly recounts with a fresh memory Loum’s last days.

“I remember a lot of good things about him that when I start, I won’t finish, but all I can say he was a very good man who cared for every one and stood for what was right regardless of the circumstances.”

Mrs Loum and her late husband had  eight children, four boys and four girls, however, two children  have since passed on reducing the number to six

Ms Luwum remembers her husband as principled, God loving and considerate person who had big heart for every one regardless of any one’s religious back ground or tribe

“He was not afraid of pointing out faults in Idi Amin’s government. During Amin’s reign many innocent people were killed and others detained without trial,” she says of her late husband.

“I advised him to go the following day since his vehicle had a mechanical problem but he insisted. I had no option but to go with him.’’

Amin told them there was a letter from England that wanted him (Amin) to prove that Archbishop Luwum had not been in prison as rumours had been spread outside Uganda.

“Amin said he wanted to take my husband’s photo to show to the Church of England that he was not in jail.”

Later Amin was to turn around and accuse the Archbishop of ferrying ammunition into Uganda and conspiring with late president Milton Obote, to overthrow his government. Amin had overthrown Obote to ascend to power

Ms Luwum says she vividly remembers when the late Archbishop boldly stood up to Amin and told him that his “only gun was the Bible” that will fight whoever commits acts contrary to God’s commandments.

“He told Amin, ‘the Bible is my only weapon, if you go against it, I can shoot you Amin. If you want to kill people, you kill, but for me I don’t kill anyone,” Ms Luwum recollects.

Premonition
Later that day I advised him (Archbishop) to leave the country for the ‘dust to settle down’. I had a bad feeling about what was happening but he did not heed my advice, arguing that he could not leave his congregation behind because it was his duty to lead them.
He told me, “if I left my flock, no one would lead them”.

Ms Luwum says in the evening of the fateful day, the late Archbishop Luwum convened a meeting with all religious leaders to discuss the unfair policies of Amin’s government. While she was opposed to the meeting, the determined Archbishop went ahead with it at Lweza.

The religious leaders agreed to confront Amin as a solid group so that he stops killing innocent people. The Archbishop made a copy of the resolution and gave it Margaret Ford, his secretary by then.

Archbishop Luwum made another copy of the resolution and gave it to Bishop John Henry Okullu who was operating in Kisumu, Kenya.

The intention was to send out a message to the world that there was a dictatorship in Uganda and the dictator was Idi Amin. Unfortunately, this did not go on as the Archbishop had planned. Someone tipped Amin about the resolution and the Archbishop was arrested.

The day when the Archbishop was killed, Ms Luwum received a telephone call very early in the morning from her late daughter who worked with the American embassy.
She told her there were reports that the Archbishop had been involved in an accident.

“I was shocked when I heard the tragic news. I couldn’t think of anything. I had a sick baby and other children to take care of,” she says with a gaze into the distant past.

She took refuge in Kenya where she spent three years until 1979 when Amin’s government was overthrown. While in Kenya, her relatives who had paid her a visit told her Archbishop Luwum’s death was planned.

“I got shocked when I heard Luwum’s (accident) death had been fabricated (because) a bullet was found in his throat,” she said.

“My brother was a humble man who fought for a noble cause. He deserves to be regarded as a Saint and Martyr,” Mr Okecho, a 92-year-old retired professor, says.

According to him government should compensate the Luwum family for the loss and trauma caused by a predecessor regime.

“We wrote a memorandum to President Museveni last year, asking him to help us give assistance to the family of the late Archbishop but he has never answered back,” Mr Oketcho says.

One of Archbishop’s sons, Mr Ben Luwum, recalls that because of the nature of the Archbishop’s work of evangelising, the family was always on the move.

“Some of the places I remember we moved to were Gulu, Lira, Palwo, among others, when our father was still a reverend and performed his pastoral work. We also moved to Buwalasi in Mbale, present day Sironko District, where our father was a tutor and later the principal of Buwalasi Theological College,” Mr Ben Luwum said.

When he became Provincial Secretary of the Church of Uganda, the family moved to Kampala then later back to Gulu when he became Bishop of Northern Uganda Diocese.

The family was to return to Kampala when Luwum became Archbishop.

“These many movements meant each time we had to find new schools and this sometimes affected our performance,” he recalls.

The Luwum family remembers the iconic Archbishop as a person who was always busy with pastoral work “but always found time for us”.

“He was kind to all his children but very strict about reporting back home before it was dark,” Mr Luwum tells.

“He would care to find out how we were doing at school. He wanted all his children, relatives and those he was supporting to have a good education and upbringing.”

As a clergyman, the Archbishop loved persuading people to believe in God and Jesus. “He taught us religious values; to be kind to all irrespective of class, to help people, to love people, to work hard for our livelihood,” he narrated.

The Archbishop, perhaps aware how engaging the office of head of Church can be, was worried for his family when the House of Bishops nominated him for the post in 1974.

Mr Ben Luwum, was at the time a young man, just about to travel to Dar es Salaam, to join the East African Harbours Corporation as Accounting Officer.

“He (Archbishop) confided in me about the nomination and told me it was going to be tough for him due to the bad rule of Amin but (believed) God would guide him and give him the courage to perform the
work.”

Mr Ben Luwum adds: “I was also worried but accepted his commitment to serve.