Akol -Otto Saga: Missing the forest for the trees 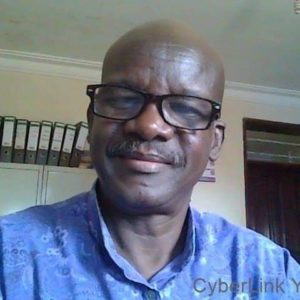 Editor’s note:  Yesterday Aruu County Member of Parliament Odonga Otto and his Kilak North counterpart Anthony Akol were involved in a brawl within the precincts of parliament. Social media has  since then been buzzing  with accusation and counter accusation for and against the two legislators.  In this piece Okello Lucima argues that we should not miss the forest because of the trees

Acoli social media elite are busy condemning or praising either Hon Anthony Akol, or Hon Odonga Otto. They seem to focus only on the altercations and physical assault in the parliamentary lobby, and thereby missing the forest by focusing on the trees.

First of all, physical assault by any rank of leaders is despicable, mindless, unlawful and unacceptable. The law must take its course, and no Acoli of sound mind should be found celebrating violent means of resolving conflicts. Least so, this brother- on -brother outrage. On that score alone, Akol should be unfit to represent any part of Acoli, beyond Acoli. If we are serious, that behaviour, should disqualify Akol from appearing on the ballot in 2021.

Having said that, let us try to peel our eyes and see the forest. The forest in this case is land grabbing in Acoli and unscrupulous behaviour of some Acoli leaders conniving with the state and other monied interests to unfairly dispossess local communities and the Acoli nation of their land, for selfish personal gain. And in this case of Amuru, it is Lakang, Apaa, and Kololo. But there are other places like Acaa Ranch in Pader, Limur in Lamwo, Palukok in Kitgum and Lamwo, and many others.

So, we must not treat this incident casually. There is no doubt, our own reactions and perspectives will not be unanimous, because of many social, economic, and political interests and positions. These includes level of consciousness, social class, political affiliations, and at some subconscious level, where in Acoli one comes from. Hence our identification with one, or condemnation of the other, is pretty much determined at these levels of fragmentations and self/social consciousness.

Second, those who praise Akol justify their standby saying Otto should have not gone to Akol’s constituency to denounce him for allegedly taking kickbacks for the Lakang land. To this group of people, the land issue, though local, it isn’t limited within an electoral boundary like a constituency. It is pan- Amuru, and pan-Acoli. It is an Acoli issue; with all its overarching land use, ecological, social and economic implications. So any Acoli leader whose conscience has been pricked, and recognises a leadership gap that may harm Acoli, and has the facts, is justified to speak up for potential victims to expose and denounce the perpetrators.

Otto is an Acoli leader in his own rights, and a senior, long term parliamentarian. Despite some erratic and tactless bent to his style of doing things, he deserves a place as one of our ranking and recognizable leaders, whose voice and counsel should carry some weight, however featherlight.

Third, it is imperative, therefore, to not isolate this incident from the broader context of land grabbing and corruption among our leaders and elite, especially the so called middle class whose class interests are more closely aligned with those of their counterparts outside Acoli, within the state, political, commercial and military establishments , in pursuit of selfish personal economic enclosures interest and possessive impulses.

Akol was quick and wrong to short-circuit a necessary and reasoned conversation on an important issue and serious allegations of impropriety with a punch. He is a chump. He should rationally defend himself against Odonga Otto’s allegation. A live debate, Townhall meetings in his constituency should be a good way to go. Acoli based radio stations can organize and moderate, so the facts can be separated from the fiction.

The writer is a Junior Acoli elder