Raiding Opposition offices reveals the limit of Democracy in Uganda 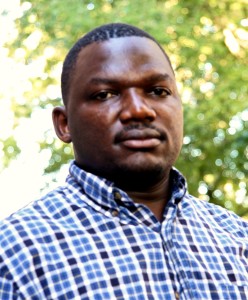 We woke up on Wednesday to news that a combined force of the Ugandan army and police had raided the offices of Presidential hopeful and the charismatic youthful legislator from Kyadondo East, Hon Robert Ssentamu Kyagulanyi, aka Bobi Wine.

Both the army and police have not explained their motive or whether there is a formal investigation. The armed forces detained more than 100 supporters of the NUP party and took away documents, computers, and whatever they could land on to stifle the nascent party from organizing itself to challenge the dictatorship in the forthcoming elections.

The police confiscated nomination, promotional items, and apparently some money intended to pay for NUP flagbearers in the just-concluded parliamentary nominations.

The raid on the NUP head office is not the first of its kind and will not be the last. The Forum for Democratic Change Party, Uganda’s largest opposition party, has suffered its own episodes. The same combination of army and police have raided party headquarters at Najjanankumbi multiple times and at critical times, to carry away computers and sensitive party documents before, during, and after elections.

The problem is that Ugandans take these violent state assaults as a mere episode, thereby ripping it of the context in which such acts should be assessed and understood.

The limits of democracy in NRM’s Uganda has been apparent and yet we fail to read it correctly. John Stuart Mills once expressed his fears of how monstrous democracy can be. Mills was concerned with the tyranny of the majority over the minority and argued that such tyranny could generate and impose on the population certain moral rules and culture that the people may not necessarily want. Lenin was more cynical about democracy and many prominent scholars have asked whether democracy even exists.

In Uganda, where the military dictatorship is preoccupied with violence, what passes for democracy is what Lenin prescribed as the opportunity to spread propaganda to the backward strata. Democracy arose as resentment to the monarchical monopoly over power. Democracy aimed at ensuring that ordinary people made decisions on how they wished to be ruled and served. This gave prominence to equality in society, recognized individual will and rights, which must be exercised freely among free men (and later women).

The conditions that constituted a “free man” has eluded Africans and particularly, Ugandans, making our democracy stale.

The freeman in Africa was demolished by events leading to and including colonialism. The violent way that states in Africa were formed must be examined formally elsewhere. However, both the colonial state and hegemony were entrenched through absolute violence. Franz Fanon ably linked the colonial psychological violence to pervasive psychiatric problems for the colonized. Elsewhere you read about physical violence, seclusion, deprivation, and so forth. These forms of violence have a transgenerational impact that must be properly studied and understood. It seems that chronic repression deforms society in as much as a chronic monopoly of power deforms its bearers.

The Ugandan state has maintained this finesse of colonial violence and the Museveni regime not only usurped that violent state apparatus, they even sharpened it.

In such a suppressive condition, the free will of man is also squashed. There remain men without liberty and freedom, but only dependent men whose “free will” becomes their token for subsistence. That free will becomes the preserve of violence. Under such a condition, liberation is reduced to a personal endeavor to supplicate the regime’s middle class, for whatever they can spare.

There is no democracy without free will. This pervasive state violence means Ugandans will not be able to change their government through the ballot in the next thirty years. Those who try to challenge the tyrants will be violently raided, even killed.

Mr. Komakech is a Uganda political analyst based in Canada. Can contact via mordust_26@yahoo.ca