Who Loses When There Is Beef In The Music Industry 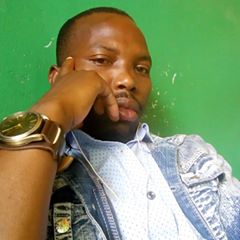 In late 2016 a meeting was held in a boardroom of the office of the Gulu Residence District Commissioner (RDC) chaired by the RDC himself, Okot Santos Lapolo. In attendance were the District Police Commander, religious, cultural and political leaders and musicians.

In mid-2016, a renowned comedian and singer in Acholi spent several months in intensive care after he was allegedly hit by the notorious iron bar hit men while parking his car at home after a night out in one of the social spots in Gulu. Following the attack on the comedian, police arrested some artists in relation to the attack on a colleague.

Accusations and counter accusation ensued. When it appeared to spiral out of control, the police and office of the RDC stepped in and called for the meeting in the RDC’s office.

Many issues emerged from the boardroom talk, blames were thrown around against fellow artists and promoters.

The meeting in the RDC’s boardroom took four hours. When the artists and singers emerged out, they took group photos. Tempers seemed to have been cooled.

Every 1st January, musicians from the Acholi region gather for an end of year concert at Da Links Garden in Gulu town. The event, organized by a well-known radio personality and music promoter in Gulu has been going on for the last ten years. This year, however, things took a different turn as a section of musicians shunned the event citing exploitation, bribery and favoritism on the side of the promoter and organizer. A section of the musicians instead organized another show in a different venue.

In the aftermath of the split, Badman Solo, manager at Acholi Empire wrote an open letter suspending an artist who is signed under his label for performing at the Da Link event.

Torn between loyalty to record labels and the power of demand (performing for whoever can pay), the artists find themselves in precarious situation. But who stand to lose or win in this Ping-Pong game between musicians, the promoters and record managers?

My recommended remedy is for the managers to have contracts with the artists and managers with promoters for  all these parties  need each other in the showbiz business.