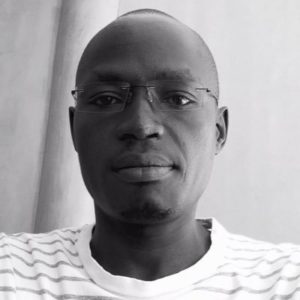 On the Capital Gang, the public affairs talkshow on Capital FM this past Saturday, missiles jutted from the hip and mouth of Democratic Party president (DP), Norbert Mao.  Understandable considering that days before, Mao had been in the trenches with Butambala Member of Parliament Mwanga Kivumbu who he blitzkrieged as a ‘‘meal-card’’ politician.

On the Gang, it seemed like the DP man had carried his war mood in the studios; he mowed whoever and whatever crossed his path. In a pound- for-pound encounter with NRM woman Lydia Wanyato, Mao gave her a sucker punch wrapped in a velvet glove by ‘‘threatening’’ that he would ask Gayaza, Wanyoto’s former school, to return her fees. Your guess on the meaning of that is as good as mine. The hard blow in a velvet glove left Wanyoto grumbling and off balance till the end of the show.

Nancy, another Gangster then attempted a shot at Mao by claiming he was using too much English (paraphrased). Mao shot down her missile before it could take off by countering that he should not be accused of taking advantage of those with limited vocabulary!

If he were a fighter jet, Mao would be the type that can attack and defend like the Sukhois our Old Man bought from Comrade Vladimir Putin of Russia.

Without pretending to be exhaustive, this short essay is an attempt to use Mao to illustrate the skillful art that is the deployment of language.

To start with, you cannot flawlessly communicate if you do not have a degree of intelligence. Secondly, language on its own is ineffective in communication. Imagine the horror of encountering a lawyer with some language skills but with no law in his head. Or a teacher with some English but with no content. Both can’t be said to be good in what they do.

It would therefore seem that to be a Mao, one needs to strike a balance between language skills, content and a good understanding of the target which may determine the language to deploy. Quick thinking is another skill a good speaker must have.  It is beautiful to be quick-footed in a counterattack like how Nancy of the Gang was jolted with: Don’t blame me for your lack of vocabulary.

A good speaker must be a constant and wide reader. One of the texts that must be read is the Bible because it’s a rich literary text.

The opposite of Mao without the flowery tongue but with lethal capabilities is President Museveni. I don’t find him a particularly electrifying speaker but he compensates his inadequacy in flawless speech with depth in history, politics, culture, psychology, humour and the Bible.

One does not need to use ‘‘big’’ words to communicate. Mao does not use complicated words whether he’s speaking English, Acholi or Luganda. He’s just skillful in sentence construction and deft at use and deployment of figures of speech.  At the beginning of the Capital Gang show, he said however big a tree President Museveni is, he should not think he is a forest. Now, Museveni is so powerful in Uganda.  Probably more powerful than the institution of the presidency. More powerful than parliament. More powerful than his NRM. The temptation for him to think he is a tree bigger than a forest is therefore real and high.

Contrast Mao use of language with that of his DP mate Mukasa Mbidde. Mr Mdidde is a notorious user of big English words that one may think don’t exist. But Mbidde’s English language use is disjointed with an unnatural flow devoid of sleekness. He is much closer to Lakunle in Soyinka’s The Lion and the Jewel than to a gripping user of words